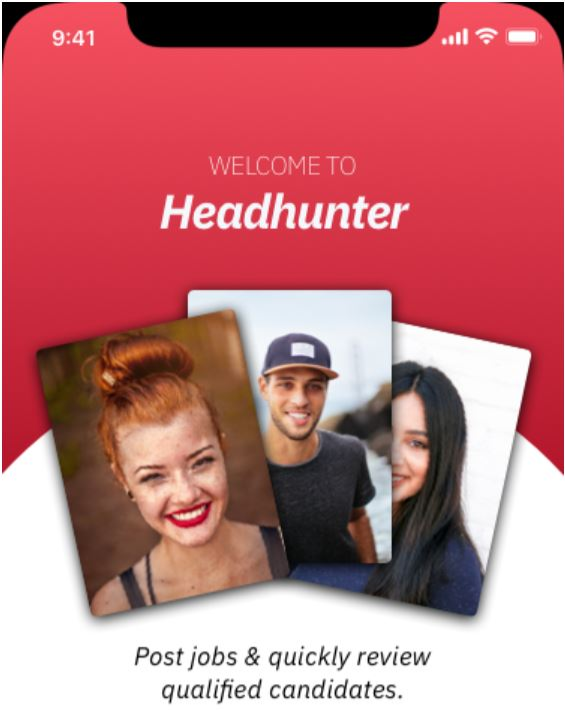 Anyone who has applied for a job is familiar with the process: Search online listings, read long job descriptions, update your resume, write a cover letter and submit your application to the fate of an algorithm, all in hopes of securing an interview at a place you might or might not like.

Brent Skipper has another idea: Meet the boss, see the place and introduce yourself all before the interview through Headhunter, a new video recruiting app.

“Job search is broken,” said Skipper, founder and CEO of Headhunter. “It’s too time-consuming, not just for the employer to go through resumes but for the job seeker who is probably already working one job or two jobs and looking for something better. They go through tons of job descriptions, never really knowing what’s on the other side.”

Headhunter rewrites the script by letting employers and job seekers introduce themselves in brief videos instead of lengthy descriptions and resumes. Skipper, of Dothan, Alabama, got the idea after years of interviewing candidates who were clearly not the right fit.

“The Headhunter app is a video hiring network that lets you see an authentic video job preview before you even do the applying and jumping through hoops,” he said. “And in return, the employer, all through the mobile app, will get a video profile of you so that you can show a little bit about you that you can’t really get across in a paper resume.”

“He came to TechFarms maybe six months ago,” Millaway said. “I did some due diligence on it and was immediately interested because it seemed like a really good idea, and he seemed like a great entrepreneur.”

Through Headhunter, employers can post videos of up to 60 seconds showcasing what they really want prospective employees to know, in a casual, informal setting.

“The video clips give me the opportunity to put in front of the job seeker what I wish they got out of the written job description,” Skipper said. “Because we all know that job description is 1,000 words, but there’s really only three or four lines that we wish we could hammer home or that people seem to gloss over, and this gives them a chance to focus on that.”

Applicants get the same advantage: They can post videos quickly capturing who they are, what they’re looking for and why they’re a good fit. Skipper calls it the modern resume.

“There’s a place on Headhunter where you can still put your resume, experience, background,” he said. “But everyone wants to gravitate towards who you really are. It’s about the employee or the job seeker supplementing or enhancing their current resume, their paper resume, with soft skills. Because those soft skills matter just as much if not more than the hard skills.”

The platform is advantageous for workers whose resumes might otherwise be overlooked: someone with a brief period of unemployment, someone looking to change careers, or someone who simply isn’t a strong writer and has a weak cover letter. The result not only allows for transparency but cuts down on the number of mismatched candidates at the top of the funnel.

“This is a personalized way of hiring, whereas right now, everybody’s reduced to binary: algorithms, keyword searching, formatting,” Skipper said. “If for some reason you don’t have the right keyword, you won’t even get looked at by a human being. And that’s not fair. It’s inefficient for you, and it’s inefficient for the employer. Both sides are wasting way too much time, potentially billions of dollars in the industry, and if we just give them a little more transparency in the first step, all that money and time get saved.”

Requiring a brief video profile also weeds out people not actually interested in the position, such as candidates who forgot to remove their resume from a site like Indeed, people applying because a spouse or parent insists, and those simply trying to maintain unemployment benefits.

TechFarms recently got to see Headhunter in action after using it to advertise a newly opened position. Administrative assistant Morgan MacWilliam posted a video showing off what words couldn’t quite capture.