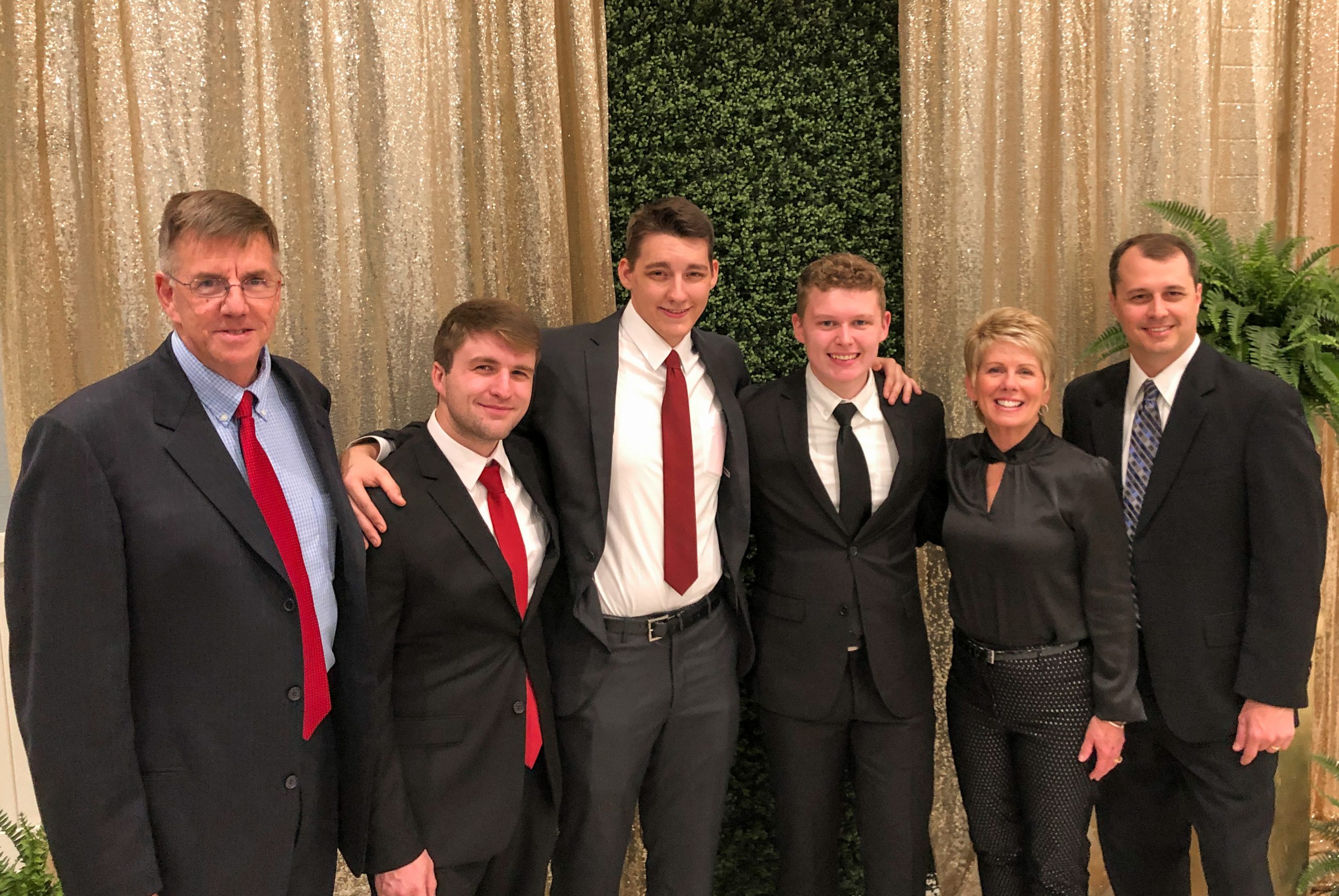 If all you want for Christmas is all your guitar effects on one pedal, keep your eye on Chaos Audio.

Chaos Audio, a student-run company working in conjunction with TechFarms, recently won an innovation challenge for a guitar pedal and app that can store hundreds of audio effects and layer them to create exactly the sound you want — all on one device.

At its most basic, a guitar pedal is a device used to change the sound of an electric guitar. Effects range widely, with reverb, distortion, fuzz, chorus, delays and loops among the most common.

“If you listen to a lot of rock music, that kind of distorted sound you hear that doesn’t sound like an acoustic guitar? That’s one example of a guitar pedal,” said Landon McCoy, an electrical engineering student at Gulf Coast State College and the company’s founder. “There are thousands upon thousands of guitar pedals out there musicians have made to create a unique sound for your guitar.”

The problem Landon and his brother Chandler encountered was that unlike a piano keyboard in which effects are built in, each guitar effect requires its own pedal, which can be limiting creatively and financially. Chandler is a junior at Arnold High School.

“We were playing the guitar, and to sound like a specific song or specific artist, oftentimes you have to go to the store and buy a bunch of different guitar pedals and figure out exactly the right settings,” Landon said. “And a guitar pedal is $50 to $90, or more. A lot of people like to experiment with that stuff, and there’s nothing wrong with that, but we wanted an easier way to get the sound that we needed without having to buy dozens of different $90 guitar pedals.”

In November, the team entered its smart pedal into the University of West Florida’s Da Vinci Innovation Celebration and left with first place in the Targeted Market category and the Dean’s Choice Award. The team is also entering a pitch contest to be sponsored by TechFarms and area partners in early 2020.

“It’s a smart guitar pedal,” Landon said. “With most guitar pedals, they’re fully analog, and you just have a circuit on the inside that uses the physical property of electricity in terms of wave manipulation. It generates the sound based on that. Essentially, they have one purpose, and they only manipulate in one way. Oftentimes, people will chain their guitar pedals together, and you’ll have distortion and reverb and chorus on the same pedal board so you can get the sound that you want out of that audio setup.

“But what we are trying to do with ours is trying to take an entire thousands of guitar effects library and put it into one device with Bluetooth connection to the app that we’re going to be releasing. What you’ll be able to do on here is actually go on the app and drag and drop the effects that you want, up to five, and have five effects running at the same time on a single device all controlled from your computer, smartphone, or tablet.

“You could actually replace your entire pedal board.”

A functioning prototype, thanks to help from Gulf Coast and TechFarms, helped seal the deal.

“The Chaos team is an excellent example of regional cooperation between educational institutions and private industry,” said Steve Millaway, CEO of TechFarms. “We’re making the full resources of TechFarms available to the team and hope to help them grow this startup into a successful venture.”

“Starting this company, we’ve learned a lot in terms of how to program an Arduino, how to deal with Raspberry Pis, how analog guitar pedals work, how to create apps that communicate with that device over Bluetooth,” said Landon, who also participated in Robonation’s International RoboBoat Challenge this summer, helping engineer a light-weight hull to house the electronics of the autonomous vehicle. “Just working on that prototype, we’ve learned 10 times, 50 times more than what we would have learned just going through a normal class, and that’s why we really enjoy working on this.”

In the next prototype, Chaos Audio plans to migrate from a microcontroller to a microprocessor and incorporate recording capabilities and an array of LED lights that can be used for tuning or as a metronome.

“A lot of people, including myself, don’t like an audible metronome in the background while you’re playing, so the LEDs will actually flash as a visual and a tactile metronome,” Landon said. “You can also set your phone or smartwatch to vibrate with the lights that are flashing so you can stay in sync without having to hear the sound. We’ve had that tested by several musicians and got positive feedback on that.”

With support from TechFarms, the team hopes to have its next prototype completed in the next six months and already has plans for other audio and audiovisual products.

“We’re trying to push the limits on what’s currently out there,” Landon said.