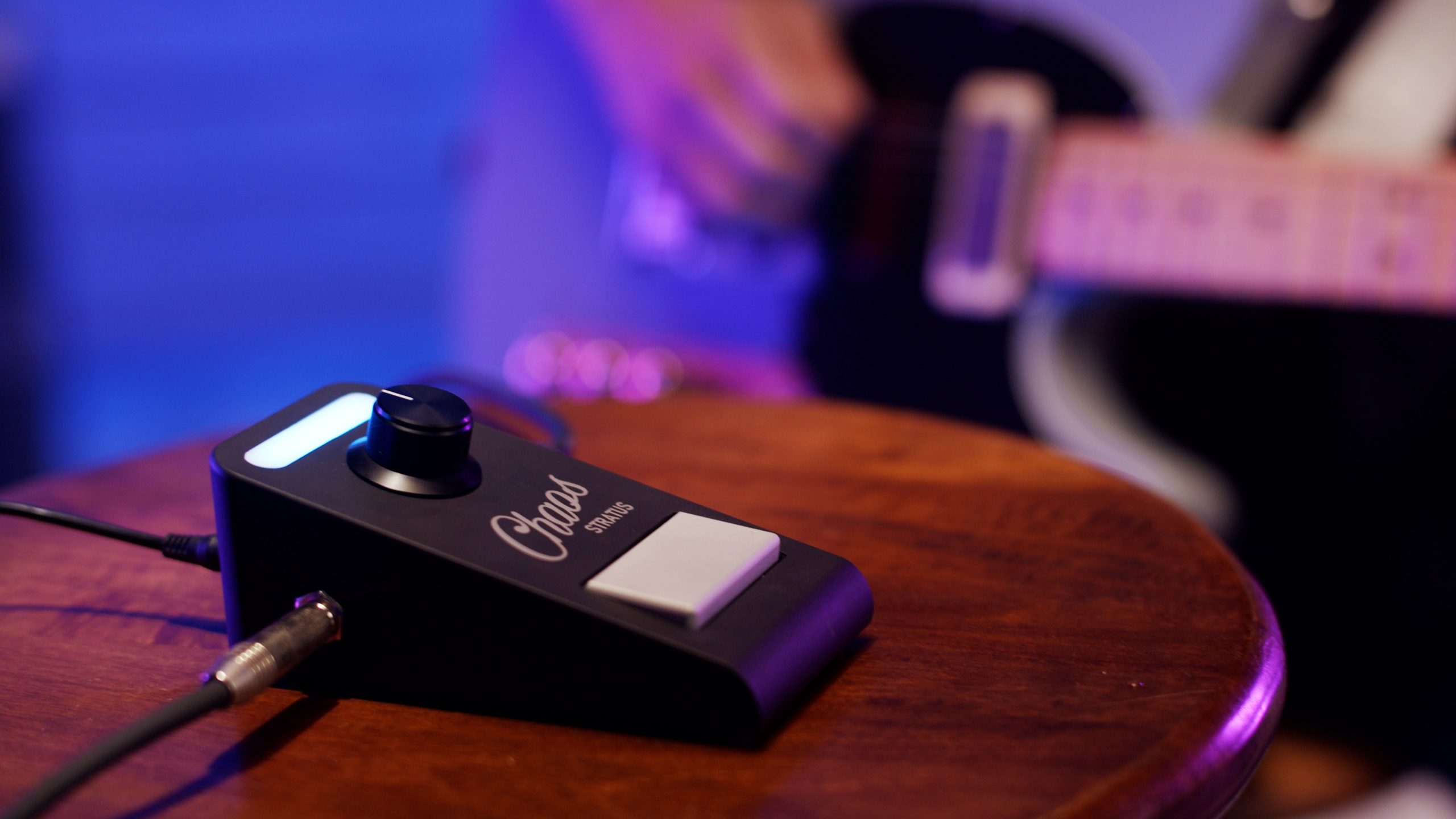 Musicians and technophiles rejoice! Each day we move closer to seeing the guitar pedal re-imagined becoming a reality. TechFarms tenant and promising startup Chaos Audio is making fantastic strides with their crowdfunding campaign on Kickstarter. They reached 20% of their goal on their first day of the campaign and 50% in just the first week. Despite this early success, Chaos has not dropped momentum. They are currently in the process of designing and shipping out alpha prototypes to various guitar gear influencers and YouTubers such as Ola Englund (professional guitarist, YouTuber, and founder of Solar Guitars) and Rhett Shull (YouTuber, Influencer, and professional Guitarist). All and all the campaign is doing wonderfully and that is in no small part due to the hard work and dedication from the Chaos Audio team as well as the ongoing support from TechFarms, TechFarms Capital, and Teknika.

In case you missed it, Chaos Audio is a small team of engineering students from Florida State University Panama City who are working in the TechFarms incubator. Their collective passion for music and tech has led them on the rigorous journey of starting a business from scratch. Their idea: Stratus, a smart guitar pedal that connects to a mobile app via Bluetooth. And that is just the tip of the iceberg. To learn more about the origin story of Stratus and Chaos Audio check out last month’s blog post HERE

It Takes a Village

Now that you know a little bit about Chaos, their product, and their goals, let’s discuss the support systems that have got them this far. Aside from TechFarms which has provided headquarters, mentorship, and networking opportunities, Chaos has also partnered with Teknika and received funding from TechFarms Capital.

Teknika is a software development company also based out of TechFarms that allows startups to access cross platform mobile app development at a greatly discounted rate. Teknika, in partnership with Chaos Audio, has helped create their early app iterations for the Stratus effects platform. They plan to continue working closely with team Chaos as they move closer to mass production.

“We were sold on the idea almost immediately,” said Sean Hoffman, lead software designer for Teknika. “We knew it was going to be a challenge, but the guys at Chaos Audio had a great idea and we wanted to be a part of that.”

The team at Teknika have been and continue to be indispensable in refining some of the core elements of Stratus and its accompanying mobile app. Having both companies working out of the same incubator has made communication and collaboration simple and effective.

Despite the strong combination of Chaos Audio and Teknika, no company can survive for long at this early stage without financial support. That is where TechFarms Capital comes into the picture. TechFarms Capital is essentially the investment funding arm of TechFarms. Their goal is to “enhance entrepreneurial ecosystem by investing in and developing startups to generate great returns for investors” and they have also seen great potential in Chaos Audio and their market disrupting product.

“TechFarms Capital is pleased to partner with Chaos Audio on the launch of their Stratus product. Landon and his team are among the hardest working, most ambitious startups with whom we’ve had the privilege of working with,” said Kelly Reeser, Managing Director of TechFarms Capital. “They have both the technical skill and strategic marketing expertise to take this product to market and deliver a solid customer experience. They are positioned for large-scale success and we are honored to be a small part in their journey.”

TechFarms Capital is a venture capital fund dedicated to growing the tech ecosystem in the Southeast United States. Their investment in Chaos Audio in tandem with Teknika’s partnership has given the young startup all the tools it needs to succeed. Once the Kickstarter meets its backer goal, Chaos Audio will be one step closer to bringing the Stratus smart guitar pedal to musicians all over the world.

Since the launch of the Stratus Kickstarter, Chaos Audio has gained a lot of traction. Several prominent publications have picked up the story, including Gizmodo, Guitar World, and Engadget.

“Chaos Audio has unveiled a digital multi-effects guitar pedal on Kickstarter that could be ideal for budget-minded users or beginners,” said Steve Dent of Engadget, a popular tech publication. Find a link to the full article and others like it HERE

Articles like this have spread the good word of Stratus near and far and garnered the company new levels of interest from guitarists and investors alike. CEO Landon McCoy and the rest of Chaos Audio have excitedly demoed the pedal for each newcomer and each time they have exceeded expectation, converted non-believers, convinced skeptics, and earned fans.

TechFarms has continued to support Chaos Audio and recently did a presentation for the Bay County Economic Development Alliance where Landon had a chance to explain the company’s vision to a wide array of prominent figures in the community who were very excited by the prospect.

“One business working with TechFarms is Chaos Audio, which developed a guitar pedal that lets users change the sounds it produces through an app on their phones,” said Nathan Cobb of the Panama City News Herald in their story covering the EDA meeting, TechFarms, and Chaos Audio. Find the full article HERE

Chaos Audio believes that this sort of positive coverage will be crucial in the success of their Kickstarter campaign and the overall growth of the company. To this end, they are working on over a dozen early prototypes to send out to prominent influencers in the music and tech fields. This exposure should drive even more engagement with their product and brand. This effort is just one of many strategies in Chaos Audio’s marketing plan. For more info about Chaos Audio check out their website HERE

Please take a look at their Kickstarter page HERE